Posted at 01:04h in Uncategorized by ryan 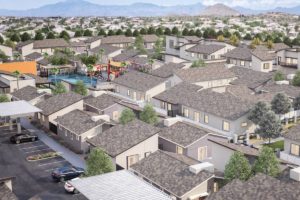 An Arizona developer plans to break ground this year on a tract of rental houses in North Las Vegas, the latest competitor in this growing slice of the market.

Avenue North founder Ryan Hartman told the Review-Journal that he aims to start construction on the 165-unit project in the next three or four months. The roughly $50 million development, along Simmons Street just south of Ann Road, sits on nearly 12 acres.

Hartman, who acquired the plot in late 2019, said the project is slated to feature single-family homes with backyards but will also include a clubhouse, fitness center and pool, like a typical apartment complex.

He said the project has half the density of an apartment community, and that coming out of the pandemic, people are looking for more space.
“This offers that,” said Hartman, who is partnering on the project with Arizona real estate firm Harvard Investments. 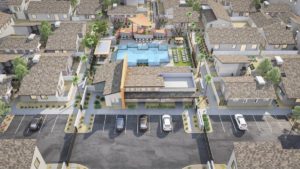 Southern Nevada’s rental market grew fast after the housing market imploded more than a decade ago, as investors bought cheap single-family houses throughout the valley to fill with tenants. Also, developers have been packing the region with apartment projects over the past several years.

Las Vegas is by no means being blanketed with a blend of these two trends — newly built single-family rental tracts — but these so-called build-to-rent projects are growing in popularity with developers.

American Homes 4 Rent, a dominant landlord in Southern Nevada and other markets, had more than a dozen rental-housing tracts in various stages of development in the Las Vegas area as of May, the company said at the time.

The Calida Group, one of the biggest apartment developers in the valley, has drawn up plans for two rental projects totaling around 450 homes — most of which are freestanding — in Henderson’s Cadence community.

Hartman’s project is his first ground-up rental development in Southern Nevada, he said, adding he has multiple projects in Phoenix and is looking to buy land for more in the Las Vegas area.

Not every house in his North Las Vegas project is fully detached, as 29 homes will each sit atop a row of five garages, Hartman said. With each of those two-story buildings, one of the garages is for the home above, and the other four would be rented to other tenants in the community.