Posted at 20:16h in Uncategorized by ryan 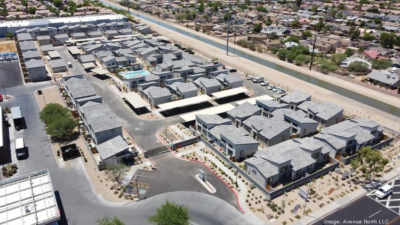 The developer of this build-to-rent project in South Phoenix has $200 million in projects in the South Mountain area. 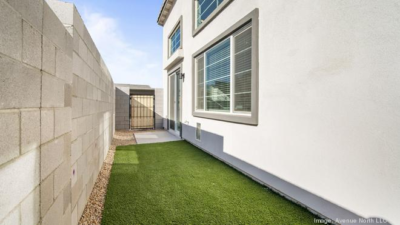 Developers continue to buy land across the Valley to build these wildly popular hybrid rental units that combine detached single-family homes built within their own highly amenitized communities.

There currently are more than 5,300 units now under construction around the region, adding to the 4,800 existing units in metro Phoenix, said Thomas Brophy, research director for Colliers International.

“By the end of 2022, inventory within the BTR development subset will have doubled but, despite robust construction numbers, will only represent less than 5% of total Valley inventory,” Brophy said.

Multiple projects planned
Its second project, the 80-unit Proximity Baseline, is under construction a few blocks away at 1700 E. Baseline.

Plans call for breaking ground in March 2022 on an 84-unit BTR project at 9000 S. 12th St., Phoenix, as well as a 44- unit BTR project at the northwest corner of 36th Street and Southern Avenue in Phoenix that is expected to break ground in June 2022, said Andrew Biskind, vice president of Avenue North.

“We were just approved zoning by the City Council on July 1 for 192 homes,” Biskind said. “Zoning approval was a big milestone for us.”

Avenue North is planning to break ground in April 2022 for this 192- unit townhome community where homes will be offered for sale.

“Part of the reason why we decided to go garden style there is the demand in the area has been so strong,” Emert said.

That site is already zoned for garden-style apartments, he said. Rents also will be lower in that community than the build-to-rent projects in the area, he said.

“It kind of helps to get a good blend of more affordable housing and a different product,” Emert said.

While it’s still early to determine, rents are expected to range from $1,200 for a one-bedroom unit to about $1,900 for a 3-bedroom unit.

“It’s still being worked out,” he said. “The market is moving super crazy right now. These are going to be a little bit more affordable than our build-to-rent product.”

Avenue North also has a $60 million build-to-rent project in Las Vegas, with groundbreaking for the 165-unit community set to begin in October.

In addition to these Avenue North projects being planned, Phoenix-based Curve Development is now preleasing 72 homes just west of 16th Street and north of Baseline Road.

Scottsdale-based Mark-Taylor Cos. is handling the leaseup and property management for the gated property at 6250 S. 15th Way, Phoenix.

Like many of the other BTR communities being developed, this community, called Cyrene at South Mountain offers detached homes with dog doors, fenced backyards and covered patios. Community amenities include an outdoor ramada, dog park, event lawn and fireplace.

West Valley focus
With plans to build more than 3,500 units across the country, Curve Development has four more Valley projects in the pipeline, with 64 homes in Goodyear by December, two communities totaling 272 units in Peoria and 91 homes in Surprise, both by the third quarter of 2022. 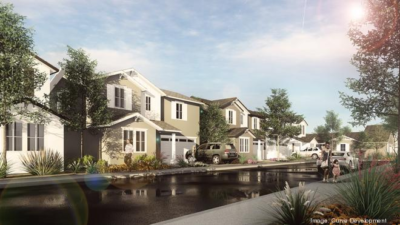 Curve Development has more than 3,500 build-to-rent units in the pipeline in 26 communities nationwide.

“Over the years, developers and builders in the South Mountain area have traditionally focused on ‘For Sale’ single-family home development in and around the base of the South Mountain Phoenix Preserve,” Brophy said. “In fact, from 2015 to 2020, the area only witnessed 354 new, market-rate unit deliveries, which is set to double by end of 2022 with the 600 units now under construction.

“With the ease of access to major transportation arterials the area provides — such as I-10, the newly opened South Mountain Loop 202 and Central Avenue, as well as the approval of the southern extension of light rail — have increased not only investor, but renter interest in the region,” he added.

(Article from the Business Journals)